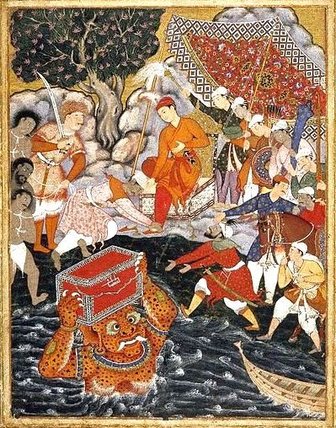 If you follow me on social media, you know I love to share bits from the historical research I do for my books, primarily on the early Islamic world. I’ve had a lot of people ask for a reading list, so here it is. Couple of caveats first:
I hope you enjoy! Feel free to tell me your thoughts (or recommendations) on Twitter.
- S. A. Chakraborty

Narrative histories
Primary Sources
(translations available except for Dhat al Himma which I hear is forthcoming!)
Folktales
(I know people have issues with this word, but there are no religious texts listed here. These are stories people told to entertain one another, many at the time understanding—and often complaining—that they were fictional (often purposeful elaborations on actual figures or histories as in the case of the Hamzanama or Shahnama). Many of these have multiple retellings, translations, and available editions (some of which are available online). I highly recommending googling them first as their origins are often just as fascinating)
Historical Fiction
(a complete mix here, just a few of my favorites for fun)